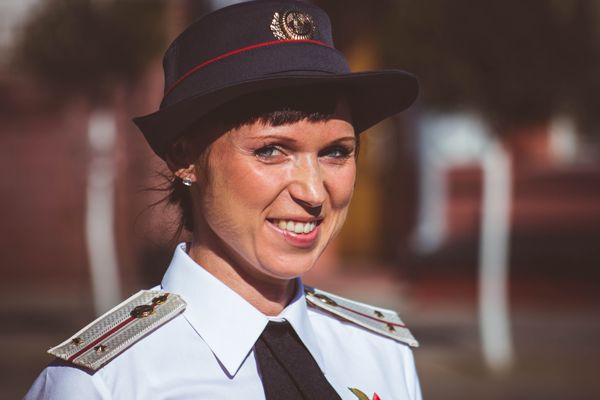 This is the last of three posts on veteran careers, based on an interview I conducted with branding expert Lida Citroën that I conducted earlier this year. In the two previous posts, I focused on Citroën’s comments on some of the challenges facing veterans as they attempt to transition into the civilian workforce—chiefly related to cultural differences and stereotypes. For this final post, however, I wanted to end on an up note: the positive characteristics that veterans bring with them when they transition. According to Citroën, these are the things that veterans should be stressing in interviews, and that employers should keep in mind when making hiring decisions.

“Veterans bring several character traits that maybe you can find in the civilian world, or maybe not,” says Citroën. “My advice is that you can always train skills, but you can’t train character, and if you hire somebody with good character skills you can train them up on a specific system or process, you can teach them certifications, but you can’t teach someone to be a leader, to be loyal, to have integrity—and our veterans bring those character qualities.”

When I press for some specific skills, the first thing Citroën cites is leadership:  “Not every veteran wants to be in a leadership role when they leave the military, but a lot of them do. And they are accustomed to the responsibility that comes with being in charge and accountable for people, processes, equipment, dollars. If you look at how somebody enters the military, typically at a very young age, they are very quickly handed responsibility for a hundred people and 10 million dollars’ worth of equipment. At a very young age, while the rest of us were sort of figuring out who we wanted to be, these young men and women are given a tremendous amount of leadership responsibility and then trained in a leadership environment. So when they exit the military after five or 45 years, those training skills are still within them. They understand how to command authority. They understand how to get buy-in and collaboration. They understand what it means to put your life on the line for something you believe in. Those are excellent leadership skills.”

“Veterans are also excellent problem solvers,” says Citroën. “They’re not going to hit a roadblock—literal or figurative—and wait for someone to give them directions. If they hit an obstacle in their work they will try to figure out a way around it, or over it. And sometimes their problem-solving skills are extremely different to how we see challenges in the civilian world, and civilians learn a lot by watching veterans.”

“And they’re culturally savvy—these are men and women who have had to survive and thrive not just in situations, but in parts of the world that you and I might not be able to find on a map. And being put in those situations with a certain amount of training, but knowing they have to rely on their own skills and the skills of those around them, some of whom don’t speak English, makes them very sensitive and skilled at dealing with people from different cultures. And a lot of our businesses today are global. So for any company that has a diverse workforce or interacts with a global customer, the veteran brings tremendous insight and ability to navigate those conversations quite well.”

Citroën’s main pitch to employers who are considering hiring veterans is to talk about ROI—as she tells it, “when you look at the return of investment on employees, it’s not just about making a hire who’s going to fit in well with our team, who’s going to be able to do the job. When you’re hiring veterans the return on investment is about growing the company. How can this veteran be brought on board to produce something exceptional and grow into a leadership position and really help our company meet bigger objectives? That’s the kind of talk you can have with a military veteran; but that kind of conversation might scare off a recent college grad.”

“Veterans are about mission,” Citroën says. “So when companies talk about vision statements, and mission statements and values, that’s what a veteran understands: What’s the big picture? What are we trying to solve in this company? Whether it’s producing washing machines or changing the world, the veteran will understand the bigger picture, and if it’s clearly outlined how they play a role […] then you’ve got an employee who’s either a follower or a leader in the company who will help you succeed, not just show up and do their job and go home at 5 o clock.”

Citroën’s comments about culture and mission got me wondering about different industries: which, I ask her, tend to be the best fit for veterans, and the most receptive?

“In my experience, there are some that are more obvious for veterans. Defense contracting, working in the government–they’re a little bit more obvious because for a veteran they’re going to be around a lot more veterans in defense or in the government and the processes align pretty closely. But we are also seeing that veterans work very well and are being hired in large numbers in finance, healthcare, and IT. And a lot of that has to do with the fact that a lot of veterans come with security clearances, they are used to very technical systems, and they are extremely good at handling confidential information. So when you think about financial services, IT or healthcare, that’s what they need. It’s all about managing large systems. A lot of veterans are trained in cyber security and the cyber industry.”

Finally, I ask Lida whether there are any resources she’d recommend for veterans who are trying to make the transition. In addition to taking advantage of services offered by the different branches of the military, she takes the opportunity to mention her second book, written specifically for transitioning veterans. Called “Your Next Mission“, the book “helps the veteran understand that it’s not just about the resume, it’s about understanding who they are, what they have to offer, who they want to work for, and putting them in a position of control. And this really translates to any job seeker. If they don’t know what they can offer and who they want to work with, then they’re sending resumes out into the wind.”

“I am a firm believer that that’s the place you start—before you do a resume, before you start interviewing, before you pick where you want to live with your family—it’s about understanding who you are. How are you going to show up? How do you want to be perceived? Who do you want to align with? And then you create a strategy, put a game plan together. And the men and women I have worked with—civilian and veteran—who have followed that process have much higher likelihood of finding meaningful careers, not just landing a job.”